February 28 – first exploratory service conducted by Pastor Oscar Naumann in a rented house on the corner of Idaho and Kennard. 86 people attend. Pastor Naumann and Pastor Jerome Albrecht from St. John Lutheran Church continue to conduct services at the Hayden Heights chapel throughout the year.

February – Pastor Donald Kolander of Valley City, ND is called as Divinity’s first pastor. He and his wife, Marlene, arrive to begin their ministry at Divinity.

November – work is begun to build the new parsonage on Cottage Ave. The cost is $16,200. 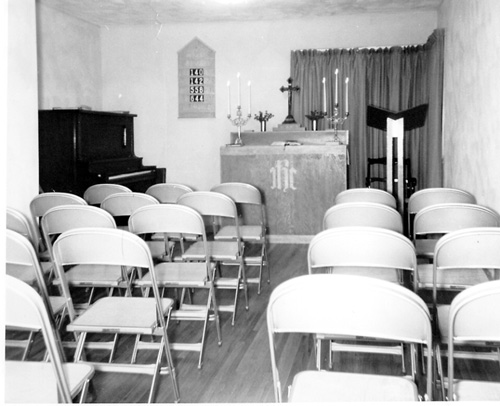 June – Pastor and Mrs. Kolander move into the parsonage and on June 24 the first worship service is held in the parsonage “chapel”.

Summer – a garage is built with a loan from the Church Extension Fund and Sunday school rooms are made ready in the basement of the parsonage.

November 18 – Dedication of the parsonage/chapel – Pastor Naumann is the guest pastor.

Notice is given to Divinity congregation that Cross Lutheran congregation of Maplewood intends to sell their old church building. 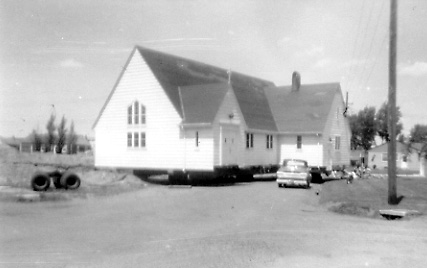 February – final arrangements made for the purchase of Cross Lutheran church building.

Mass appeal in the Minnesota District of the W.E.L.S. to help raise the funds to purchase, move and renovate the church building.

June – the church is dramatically moved down Kennard Street to its present location. 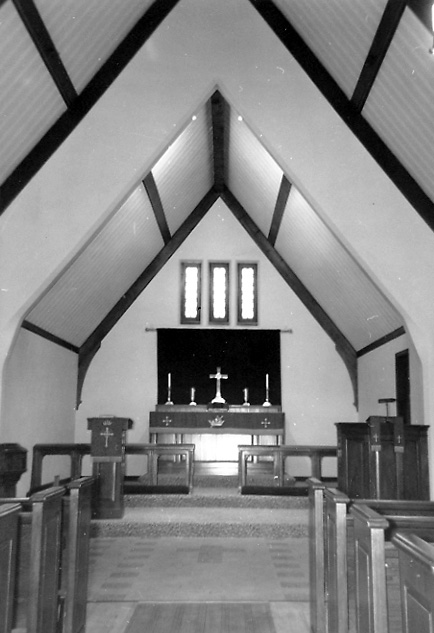 December 14 – Dedication of the renovated church – Divinity Ev. Lutheran Church – Pastors O.J. Naumann and Roman Palmer assist in the worship. The cost of the building and the renovating is $20,000. The money for this purchase was raised specifically for Divinity’s use through a Church Extension Loan by the congregations of the Minnesota District. 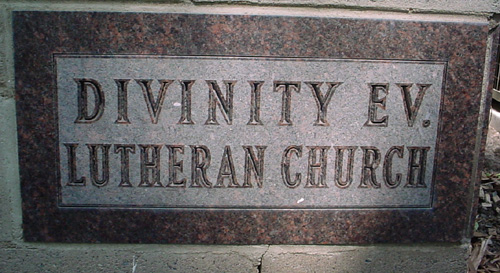 Divinity congregation takes out a loan to purchase 2 1/2 acres of land for building a larger church and a Christian Day school. $10,400 was borrowed.

May – Pastor Kolander delivers his farewell sermon and begins his new ministry in Pewaukee, WI.

Pastor Frederick Fallen, a new graduate of Wisconsin Lutheran Seminary, is ordained and installed as Divinity’s second pastor. He and his wife, Thea, arrive in July. 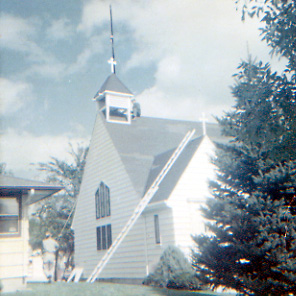 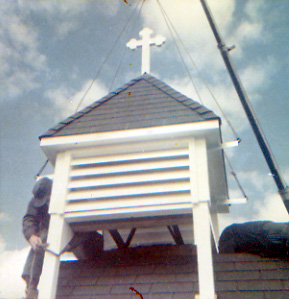 A bell tower is built by congregation volunteers to house the church bell which was donated. Mo Gorowsky performing installation.

The pastor’s study is remodeled. The parsonage receives new windows, trim and gutters.

The city officially condemns our 2 1/2 acre property and eventually pays us $29,500 for it.

An addition to the narthex and two basement rooms are added. The church is reroofed.

A new sound system is installed. New cupboards are added to the kitchen. The parsonage is reroofed and the church is landscaped.

November – 20th Anniversary of Divinity congregation is celebrated. Pastor Don Kolander is our guest pastor in the morning service and Pastor Oscar Naumann preaches the sermon in the special evening service.

A 2 1/2 car garage was built for the storage needs of the church.

Remodeling was done in the parsonage basement and kitchen.

A brick housing is built for the church sign.

Pastor Fallen accepts the call to Arlington, MN and he and his family leave in June.

The congregation is able to “burn the mortgage” as it pays off the loan from the C.E.F.

The narthex is remodeled with new lighting and furniture.

Pastor Mark Henke from Appleton, WI accepts the call to be our fourth pastor. He and his wife, Marilyn, arrive with their family in June.

Linda Gustafson is assigned the call to be Divinity’s second teacher at St. John. She replaces Bonnie (Hoffmann) Rondeau who resigned from her position.

The basement is remodeled. The library area is enclosed for a meeting/classroom.

Our teacher, Linda Gustafson, is married and resigns to join her husband. Robin Mundstock is assigned the call to be our third teacher.

A new constitution is adopted.

The parsonage is sold and Pastor Henke and his family purchase their own home.

Our teacher, Robin Mundstock, accepts a call to Bay City, MI. Kris Bame is assigned the call to replace her and teach for us at St. John Lutheran School.

Our teach, Kris (Bame) Blaho, resigns to move to Atlanta with her husband. The decision is made at the voter’s meeting to support Christian education through tuition support instead of calling a teacher.

September – final papers signed for loans for an addition to our church. Construction is begun by contractors and volunteers. The addition includes classrooms, expanded sanctuary, elevator, handicapped accessibility, altar guild room, mother’s room, janitor’s closet, storage rooms, expanded narthex and fellowship hall, enlarged kitchen, upper level washroom, sprinklers in the lower level and a storage shed. The approximate cost of the addition and the furnishings is $350,000.

Christian Worship, the new synodical hymnals, are purchased and now used in services.

September 18 – Dedication Service for the new addition and a dinner to celebrate the joy of God’s wonderful blessings to us. Pastor Henke conducts the service and Pastors Kolander, Fallen and Neumann are invited as honorary guests recognizing their tremendous contribution to Divinity’s growing ministry.

New church organ and piano were dedicated for service to the Lord.

September – Promised Land Preschool opened its doors to 4-year-olds on the east side of St. Paul. Karla Aden served as the first teacher of 8 students. 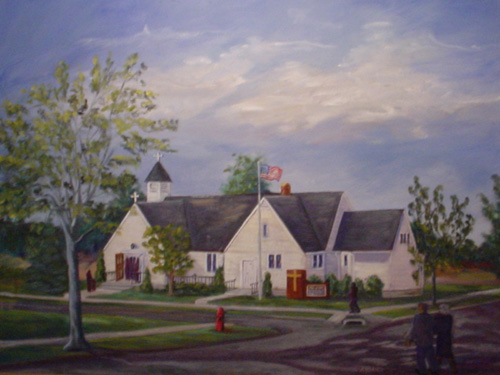 September – Laura Heiman re-starts the dormant choir. After many practices and hard work the choir tells of God’s love and adds beauty to worship at Divinity.

December – Installation of new furnace and A/C in church building.

June – Summer Youth Program starts with 30 youth. The program offers youth an opportunity to grow physically, spiritually and mentally each week throughout the summer.

February – 50th Anniversary Celebration began with worship in the basement.

November – 50th Anniversary Celebration was observed with worship and meal at park.

September — Mariel Grimm is called to be the Promised Land Preschool teacher. Our largest enrollment of 20 students also began classes.

September — Aletha Gerken-Gilbert is called to be the Promised Land Preschool teacher. We continue with a preschool full of students to began classes.

November – Pastor John Berg is installed as the new Pastor at Divinity.